The theoretical long term RTP for this game is 96.12% 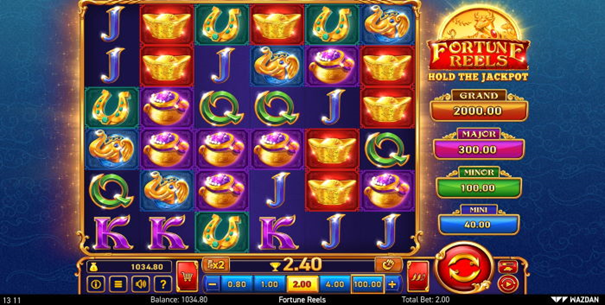 • The game has 6 reels, 6 rows and 46,656 ways to win.
• Wins are paid for combinations of 3, 4, 5 or 6 identical symbols on an active bet line.
• Only the highest win is paid.
• Wild is a paying symbol and substitutes for all symbols except for Bonus symbols (Gold Coin and Sack symbols).
• Prizes for the Gold Coin symbol equal bet value multiplied by x1-x10.
• Wins for Bonus symbols are paid out only during the Hold the Jackpot Bonus or Sack Mini Bonus.
• After all wins are paid the winning symbols are replaced by falling symbols from above.

The theoretical long term RTP for this game is 96.12%