Triggered by landing on the Fratelli Hideout segment of the wheel during the Bonus.

Pick a key to reveal one of three outcomes: CASH ADD (adds a cash amount based on the player's total bet); COLLECT (ends the feature); HIDDEN TUNNEL (takes the player to the Hidden Tunnel sub-bonus).

If the Hidden Tunnel is revealed then the player can trigger any one of the 5 additional Bonuses.

Triggered by landing on the Skeleton Organ segment of the wheel during the Bonus.

The player selects the organ keys to reveal an icon. Each character will match up to a total bet multiplier. Additionally, revealing an UPGRADE icon will upgrade the total bet multipliers or the possible feature that can be won during the bonus. Collecting 3 Key symbols unlocks the door to an additional feature bonus.

Watch out for the Skull and Crossbones. LOSE 3 LIVES AND IT'S GAME OVER!

Triggered by landing on the Super Sloth Free Spins segment of the wheel during the Bonus.

A screen transition will occur and the player will be taken to a new set of reels featuring the Fratelli family.

During any spin, if a Super Sloth Wild lands in view any Fratelli symbols on the reels are turned into the top symbol.

Triggered by landing on the Goonies Go Wild Free Spins segment of the wheel during the Bonus.

At the start of each spin after spin number 1, one of the top reel symbols will become Wild.

Picking one of the Copperpot Doubloons will reveal either COLLECT (ends feature), EXTRA SPINS or One-Eyed Willy's Treasure (awards that feature). If the player reveals EXTRA SPINS then they are awarded up to 5 extra spins with all of the Goonies symbols wild.

Triggered by landing on the Inferno Free Spins segment of the wheel during the Bonus.

At the start of each spin the Inferno will move across the reels from right to left, turning between 1 and 3 consecutive reels Wild.

Spinning the wheel will reveal either COLLECT (ends feature), EXTRA SPINS or One-Eyed Willy's Treasure (awards that feature). If the player reveals EXTRA SPINS then the feature is retriggered.

Whenever a Feature win is achieved in the game (except for One-Eyed Willy's Treasure Bonus), the player has the option to either COLLECT the feature or Gamble to try and win one of the other features in the game.

The maximum win from a single game is £250,000 or 10,000xBet - whichever is reached first (or currency equivalent. Other Operator limits may apply). 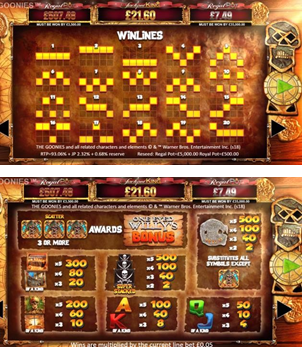 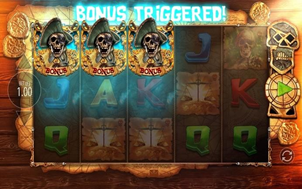 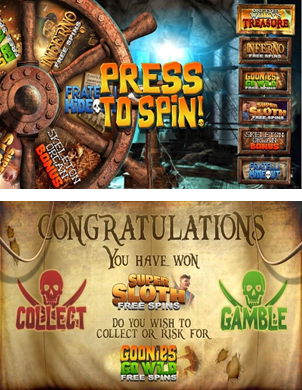 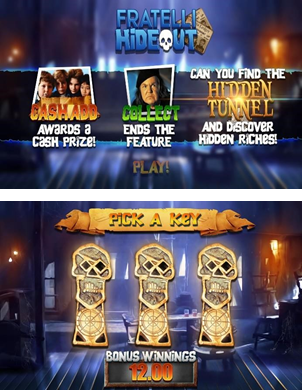 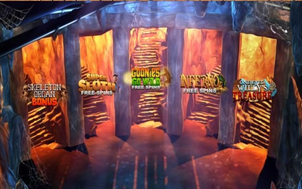 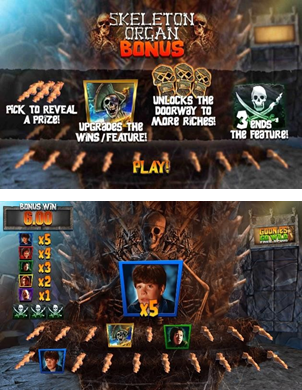 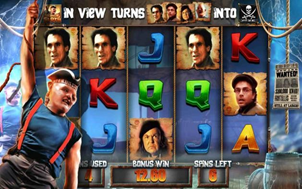 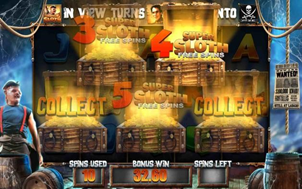 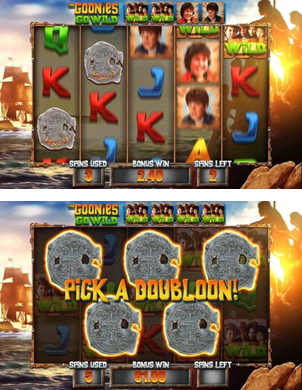 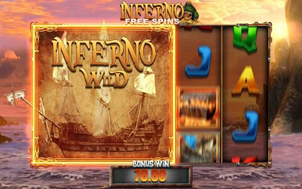 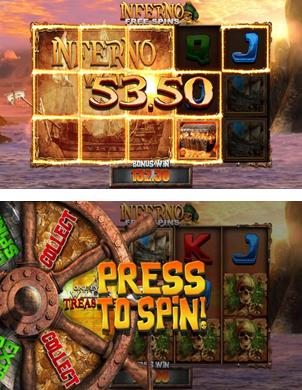 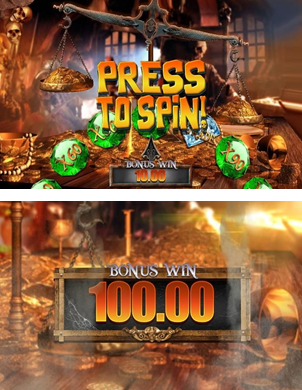