Stopper: This causes a Stopper, highlighting different locations around the board and wherever it lands is awarded to the player.

Boost: This boosts the player further down the trail. Win Spin: The reels spin to a prize. Respin: Awards a respin of the reels. Shot Climb: 3 Shots given to climb the trail ladder. Add Again: Adds the numbers that landed in during that spin again then a repeat YES/NO is given.

Triggering the SUPER BOARD Trail will initiate the top game. From this point a series of Features and Cash prizes can be won by moving around the board dictated to by the number in the middle of the board.

The Trail Bonus awards one of the following:

There are 16 features possible, all in view on the left hand side of the game. Upon being collected they will apply the following action:

Take It Or Leave It 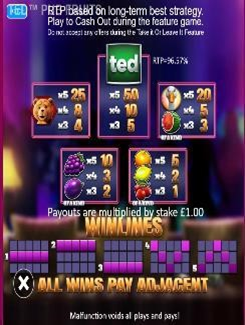 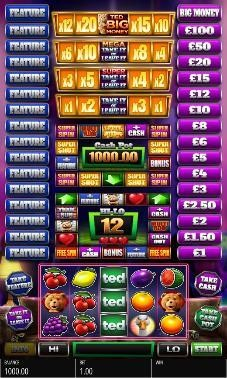 Take it or Leave it Bonus Round 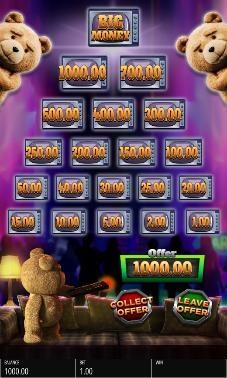 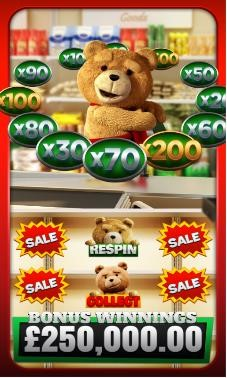