Select Chests to reveal an outcome: CASH ADD (adds a cash amount based on the player's total bet); COLLECT (ends the feature); KEY (Collect 3 to be awarded another feature); GENIE (opens 3 Chests that do not contain COLLECT).

Select a lamp to move along the trail.

Reveal a special Genie icon to be magically transported to a random position in front of you on the trail.

Reach the end of the trail to enter Big Money where you can win up to 1000x your stake.

The player is awarded 3 Cash Spins.

Landing a MONEY Scatter Symbol in view will reset the Spins Remaining to 3.

Blank Symbols have no value. Landing only blank symbols 3 times in a row, or filling every position with MONEY Scatter Symbols will end Lucky Wishes.

Filling every reel position with a MONEY Scatter Symbol will trigger one of the following outcomes: RETRIGGER (Banks the current winnings and starts the feature again);

At the start of each spin Genie can fly from the lamp and turn an entire reel Wild.

Genie can fly into the same reel more than once, this will increase the wild multiplier by 1 each time.

At the start of the feature Genie will add additional Wilds to the reels.

If a Wild lands in view then Genie will fly from the lamp and place a Wild Frame in that reel position. Which stays in place until the final spin.

If a Wild Lands in the same position as a Wild Frame it will improve the frame one level.

On the last spin Genie will turn all Wild Frame positions into Wild symbols. The level of the Wild Frame will determine the Wild Multiplier (X1, X2, X3, X4 or X5).

The values will spin and then come to a stop awarding the corresponding total bet multiplier.

Keep picking scrolls to spin the values and win prizes.

Whenever a Feature win is achieved in the game (except for Big Money Bonus), the player has the option to either COLLECT the feature or Gamble to try and win one of the other features in the game. 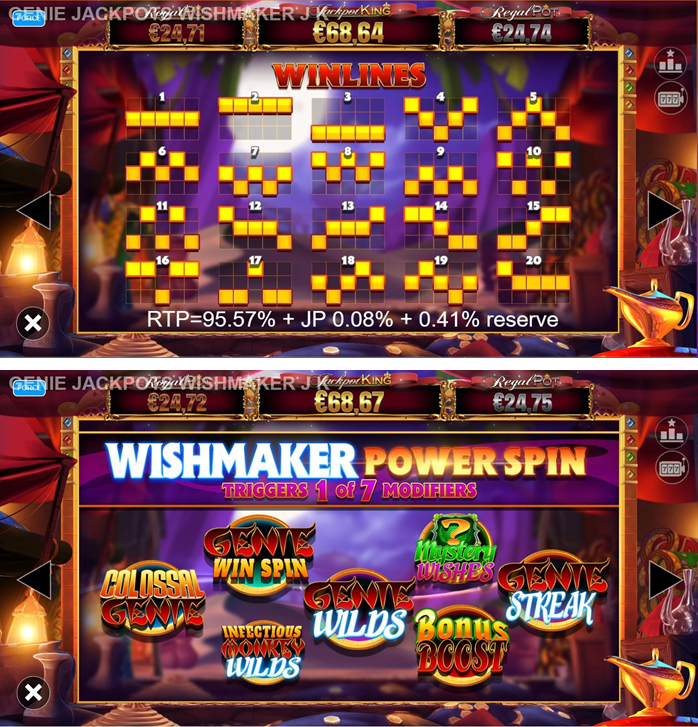 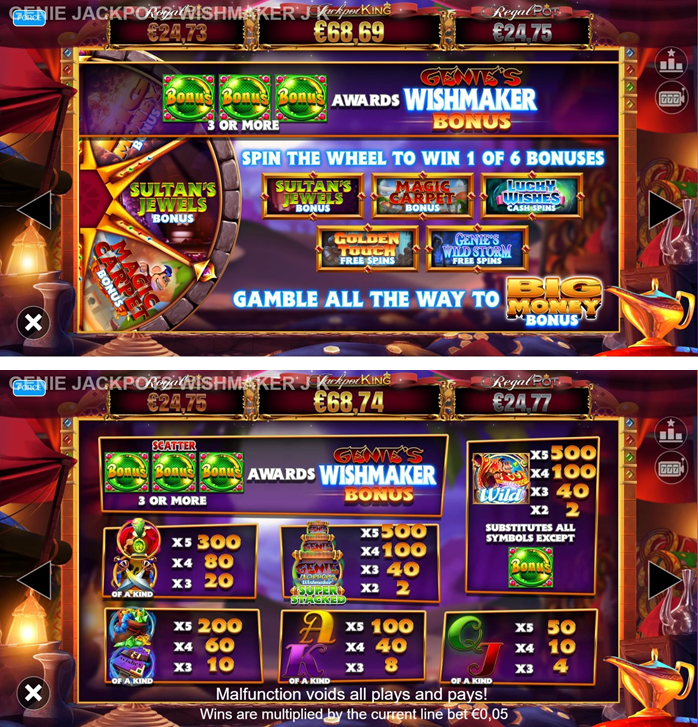 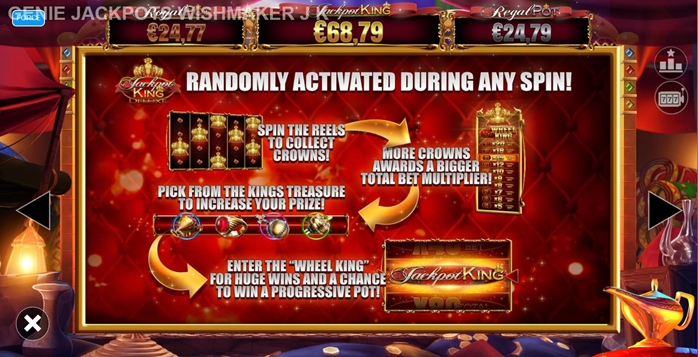 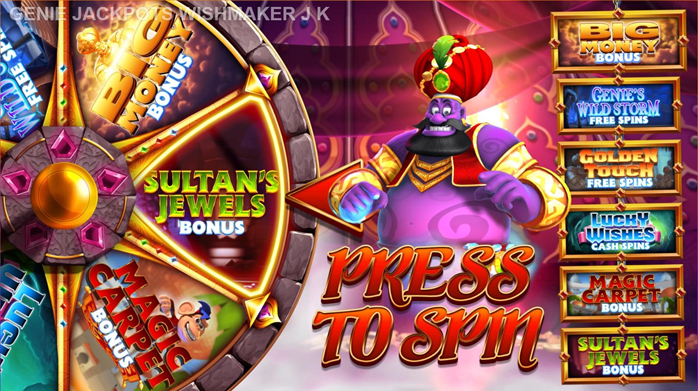 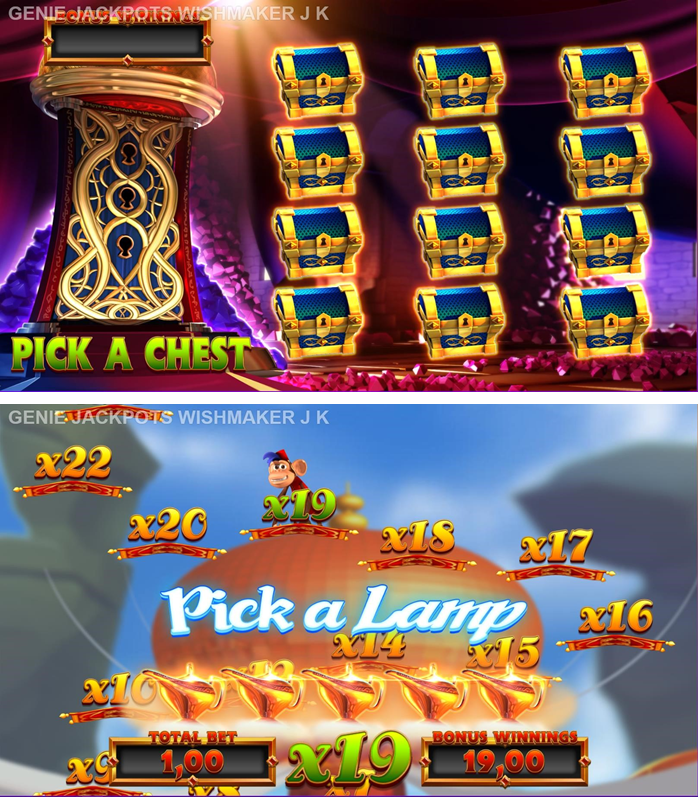 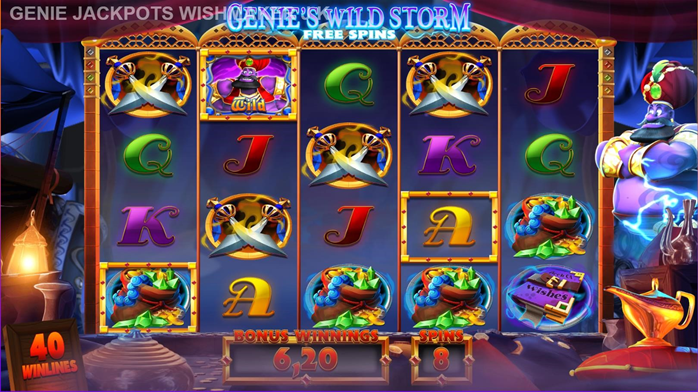