The theoretical long term RTP for this game is 95.49%

Reel Wins
• Line wins are multiplied by the value bet on the winning line.
• All Wins across all different lines are added together to form the total win.
• All line pay symbols must appear on a played line and on consecutive lines beginning with the far left reel.
• Only the highest line win is paid on each line.
• Scatter wins are added to any line wins.

Wild Symbol
• The Wild(s) symbol can be used to help form line wins by substituting for other symbols.
• The Wild(s) symbol substitute for all symbols except scatter symbols or bonus symbols.
• Only the highest paying win on each line is paid (for example 3 wild symbols being a win or those symbols being used with another symbol to make a win of 4 symbols will only pay which of those two is the highest).
• Wild symbols include: Standard Wild, Fly Wild, Cornholio Wild, Colossal Wild, Beavis Wild, Butthead Wild, Maxi Gulp Wild.

Couch Your Cash
• Couch Your Cash can be triggered randomly during any spin:
• Die Fly, Die! - Wilds can overlay the reels, turning positions wild.
• Cornholio Wilds - Any of the reels can be turned into a full reel wild.
• Colossal Couch Fishing - As the reels continue to spin, 3 adjacent reels can be turned into a Colossal Reel.
• So Nacho - During any spin where a Nacho lands on the reels a symbol is chosen which is displayed from every Nacho in view.
• Butt Flambé - Additional Bonus symbols are added to the reels.
• Some Like It Hot – Guaranteed to award a big winning spin.
• There are also two additional modifiers which can trigger after any spin: symbols are knocked out from the reels and new ones fall down to create a win; changing the channel to reveal a win.

Bonus Activation
The player enters the bonus by achieving 3 or more bonus symbols anywhere in view. There is no payout awarded directly for getting this, just entry to one of the bonus rounds.
The player will choose from the options displayed on the TV, revealing the bonus that has been awarded.
Don't Be A Buzzkill Bonus
Triggered by revealing Don't Be A Buzzkill during the Bonus.
Pick Beavis or Butthead to reveal one of the following outcomes: CASH ADD (adds a cash amount based on the player's total bet); BUZZKILL (increments the Kill-O-Meter. Filling the meter ends the feature).
If the loud speaker animates to make an announcement then the player can trigger any one of the 5 additional Bonuses.

Customers Suck! Bonus
Triggered by revealing Customers Suck! during the Bonus.
The player selects a food box to reveal an icon. Each type of food will match up to a total bet multiplier. Additionally, revealing the UPGRADE icon will upgrade the total bet multipliers or the possible feature that can be won during the bonus. Collecting Gold Super Burgers unlocks an additional feature bonus.
Watch out for the not-so-special Beavis and Butthead Worm burgers. Reveal 3 and it ends the feature.
To 'B' Or Not to 'B' Free Spins
Triggered by revealing To 'B' Or Not to 'B' Free Spins during the Bonus.
On every spin either the Beavis or Butthead symbol will be turned into a wild.
Additionally, there will also be overlays which can appear on any reel.
The player has to accumulate a number of overlays to win one of the following:
Super Spins – All Beavis & Butthead Are Wild On Every Spin.
Just Deserts Bonus – this will award the player the Just Deserts Bonus.

Super Cornholio Free Spins
Triggered by revealing Super Cornholio Free Spins during the Bonus.
During each spin Cornholio can appear from any toilet cubicle, turning reels into Wilds.
Additionally, there will also be overlays which can appear on any reel.
The player has to accumulate a number of overlays to win one of the following:
Extra Spins – this retriggers the free spins as a one time only event.
Just Deserts Bonus – this will award the player the Just Deserts Bonus.

Feature Gamble
Whenever a Feature win is achieved in the game (except for Just Deserts Bonus), the player has the option to either PLAY the feature or GAMBLE to try and win one of the other features in the game.
If the player gambles and wins, the feature they have gambled to can be collected. This continues until the player collects, reaches the top feature (where it awards that feature) or the player reveals either Mystery Win or a previously awarded feature which is automatically collected (a mystery win is a cash value based on a multiplier of the player's total bet).
The odds of winning during the gamble feature are not necessarily the odds shown. 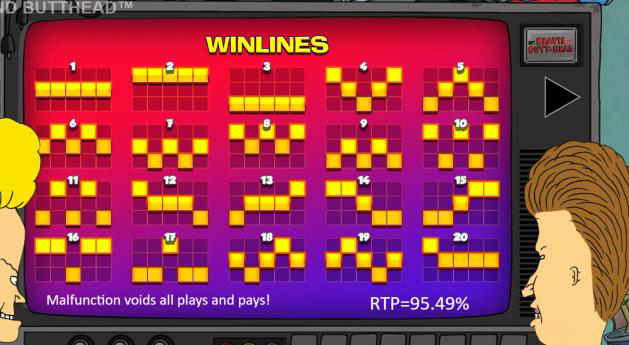 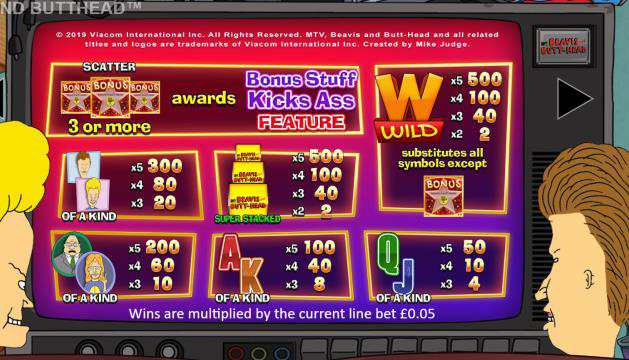 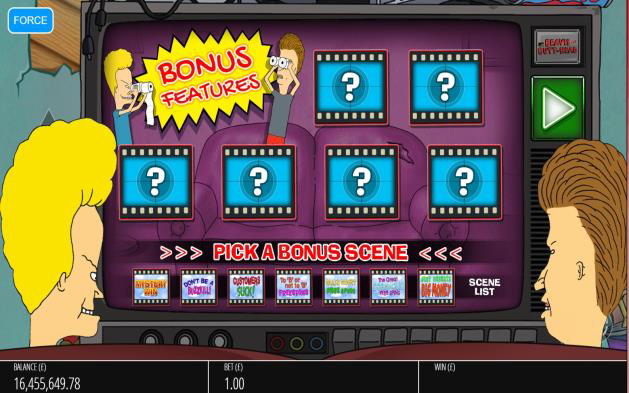 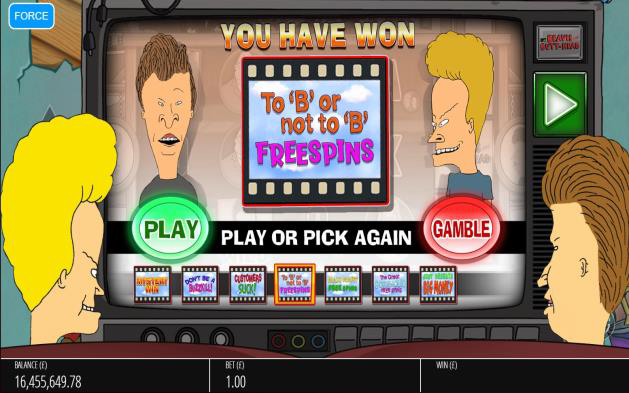 Don’t be a Buzzkill 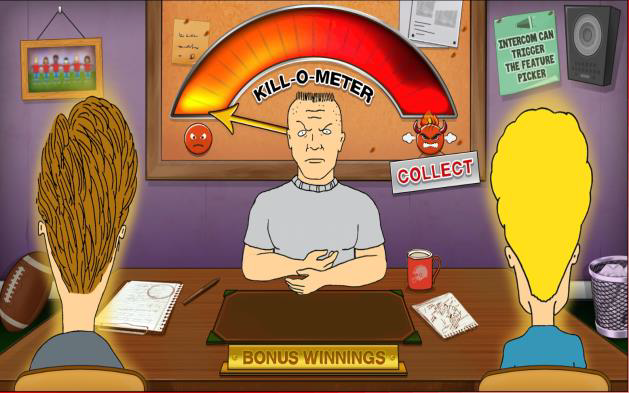 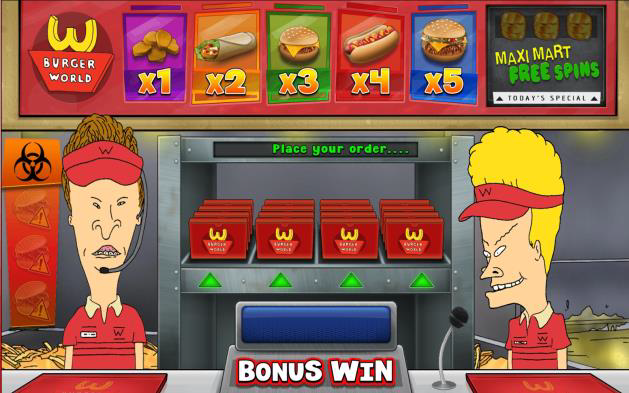 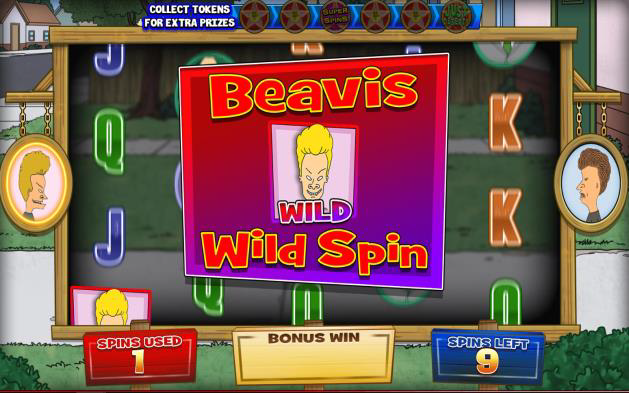 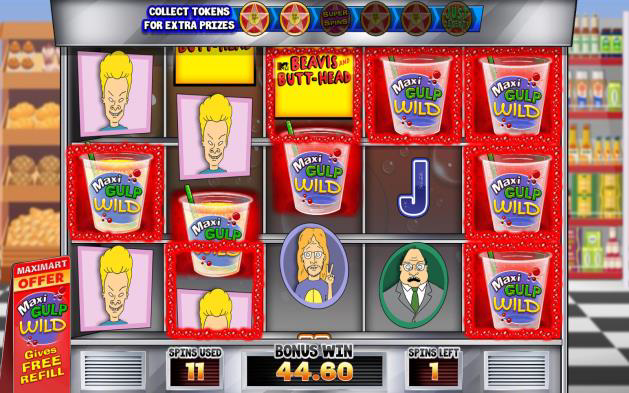 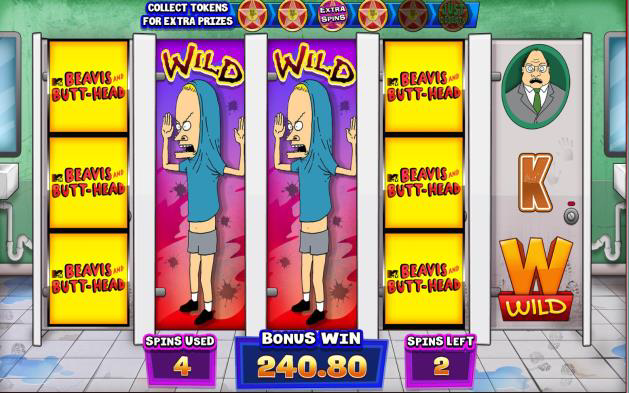 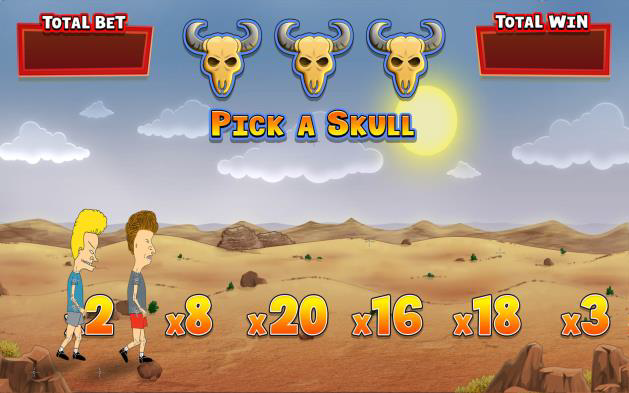 Payout Information and Game Rules
• Line wins are multiplied by the value bet on the winning line.
• Wins on different paylines are added.
• All line pay symbols must appear on a played line and on consecutive reels beginning with the far left reel (20 lines always active). Only the highest line win is paid on each line.
• Feature symbols are scatter wins and are awarded when appearing on any position on the reels for any number of played lines.
• Multiple scatter features can be won in a single game.
• Scatter wins are paid in addition to reel wins.
• Free Spins are played on the same number of lines and bet per line/Total Bet as the triggering game (20 lines always active).
• MALFUNCTION VOIDS ALL PLAYS AND PAYS.

The theoretical long term RTP for this game is 95.49%